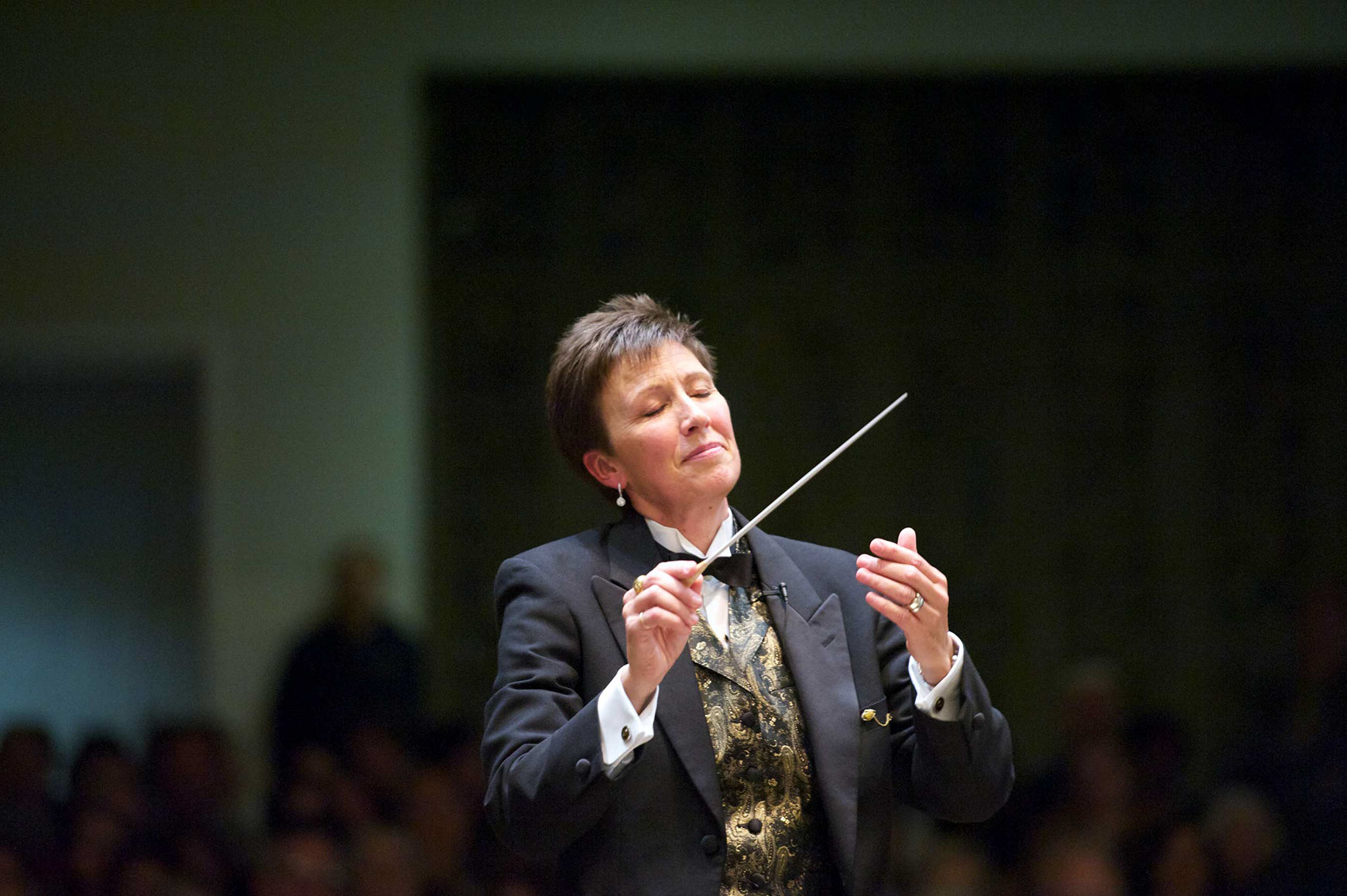 Dr. Nancia DAlimonte is founder and Music Director of NIH Philharmonia, Bethesda, MD, which is beginning its eighteenth season this year. Additionally, she directs The Kennedy Center’s popular holiday event, Messiah Sing-Along, back this December after a two-year hiatus from Covid. Previously, she was the Music Director of Loudoun Symphony Orchestra and Artistic Director of The Arlington Chorale, transforming both groups into vibrant ensembles, each in their own way. From 2005-2015 she directed The George Washington University Orchestra. Throughout her career DAlimonte has captivated audiences with her high energy, command, and charisma. An internationally recognized orchestral conductor, her guest conducting appearances have taken her from this country (New York, Colorado, Georgia, Pennsylvania and Tennessee) to Russia (Academic State Ballet Theatre in St. Petersburg), and from Romania (Mihail Jora Bacau Philharmonic) to Moldova (National Chamber Orchestra, Chisinau).

Gifted in innovative program conception and design and a born educator and communicator, Dr. DAlimonte enthralls her audiences with lively historical commentary and musical anecdotes. Musicians who play under her baton have been equally enthusiastic, praising her musicality, breadth of knowledge, rhythmic clarity and expressive hands.

Known for the versatility of her talents, Nancia DAlimonte has been an education programs consultant for the National Philharmonic at The Music Center at Strathmore for 13 years. For this, she crafted multimedia productions performed annually for 10,000 Montgomery County second graders. She is a frequent adjudicator for Festivals of Music and a sought-after guest clinician and conductor.

Dr. DAlimonte holds a Doctor of Musical Arts in orchestral conducting from the Eastman School of Music, Rochester, NY. A former professional horn player, including principal horn for Oshawa Symphony Orchestra (outside Toronto, CA), she earned a Master of Music in horn performance from Ithaca College and studied horn at the Royal Flemish Music Conservatory in Brussels, Belgium. Nancia DAlimonte lives in Falls Church, VA with her husband Giancarlo and both are avid scuba divers. Most recently, they welcomed their new poodle, Piccolo Lupo (Little Wolf), into their home.